Skip to content
Varn is an authentic konkani dish like dali thoy.This is prepared with moong dal and coconut with an awesome flavour of jeera.
In mangalore varn is an important dish prepared only during varshik/shradha/death anniversary.When prepared on normal days we avoid adding moong dal and is named as jeera saaru.But in some places of karnataka it is prepared on normal days too.
There are variations where some people add thurdal or sprouted green gram/moong instead of split moongdal. 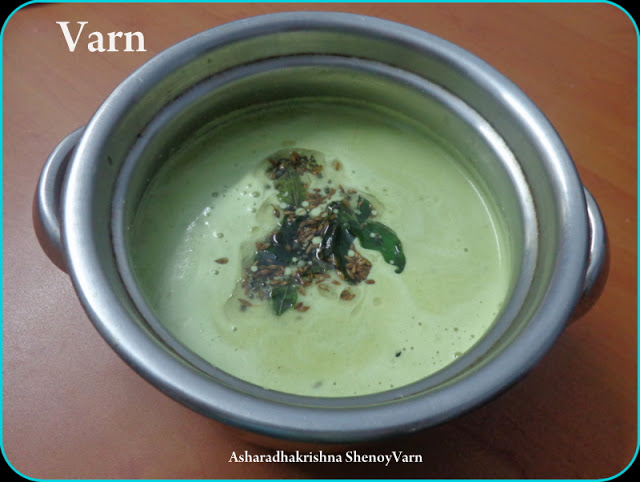 Grind coconut,green chilli,tamarind and turmeric to a fine paste.Before removing from the jar add jeera and grind further for a minute.

Add this ground paste to the cooked dal along with 2-3 cups of water. 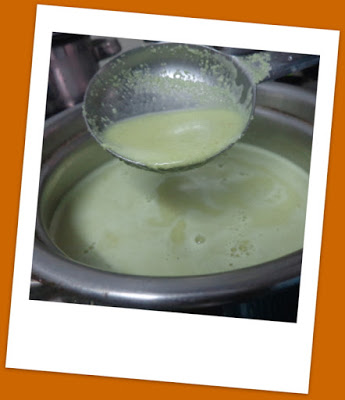 Boil this until bubbles appear on the sides of the vessel.Do not boil too much as the dal and the water may separate (split).Switch off gas.
In a seasoning pan heat oil and splutter mustard,jeera and curry leaves.Pour this on the dal coconut gravy.

Varn is ready to serve along with rice.squeeze lemon as per taste while serving (optional).